At the height of their powers

Andrew and Rachel will perform a very interesting programme, opening with Beethoven’s C minor Sonata No. 7 (“Eroica”) – “a marvel of concentrated musical and psychological development”, and ending with Brahms’ Sonata in D minor op108, one of his most muscular and dramatic. It is Brahms’ last sonata for the violin-piano duo, represents the composer at the height of his powers.

Beethoven’s Sonata  for Violin and Piano No. 7 Op. 30, no. 2 was published in 1803, when his style was changing towards music of expanded forcefulness. The pinnacle of this ideal is Beethoven’s famous  Ninth Symphony in D minor (1824) – with the “Ode to Joy“.

It’s interesting, that Johannes Brahms very rarely used the key of D minor in his large-scale instrumental works, and one is left to wonder whether the towering shadow of Beethoven’s Ninth Symphony—in D minor—had anything to do with his caution in settling into that tonality. But Brahms’ Sonata op108 is indeed in D-minor! Clearly the tonality aroused Brahms’ most dramatic instincts, yielding music of great urgency, strength, and emotional intensity.

In between, Andrew and Rachel will play music by 20th century Hungarian masters Bartok and György Kurtág and 19th century Austro-Hungarian violinist Joseph Joachim, a great friend and advisor to Brahms.’

Andrew Roberts (violin) comes from a highly distinguished dynasty: his father was the great pianist Bernard Roberts, and his brother Nicholas is cellist of the Coull Quartet; for over fifteen years they played together in the Bernard Roberts Piano Trio, releasing recordings of music by Frank Bridge and Stephen Dodgson to critical acclaim. A founder of the Chamber Orchestra of Europe, long-time member of the Orchestra of the Age of Enlightenment, second violinist of the Fitzwilliam String Quartet, he is equally at home in the ‘modern’ and the ‘historically informed’ musical worlds. An experienced chamber musician, he was a member of the Auriol Quartet, and has been a guest of many ensembles such as the Dante and Salomon Quartets, Lontano, and Hausmusik, and also has an ongoing duo partnership with pianist Rachel Fryer.

Rachel Fryer (piano) is in demand as a soloist, accompanist and chamber musician and is the Founder and Musical Director of Music & Wine at St. Luke’s Church in Brighton. In addition to playing work Rachel works with music education projects including Kidenza, Orchestra of Sound and Light and Opera Brava. Recent projects Rachel has been involved with include Variations Down the Line – Bach’s Goldbergs interspersed with 5 new commissions as well as work with the Illuminate collective of women’s composers. Rachel has collaborated with Andrew over many years and her performances in Trunch have always thrilled audiences 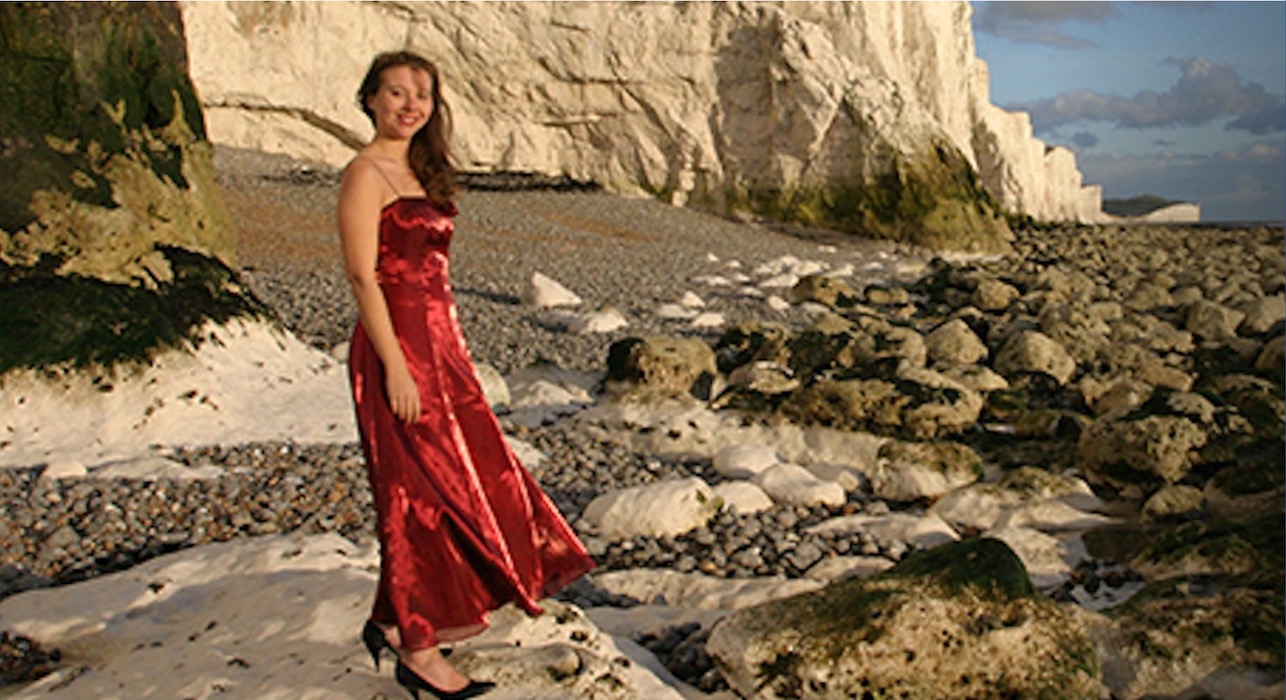 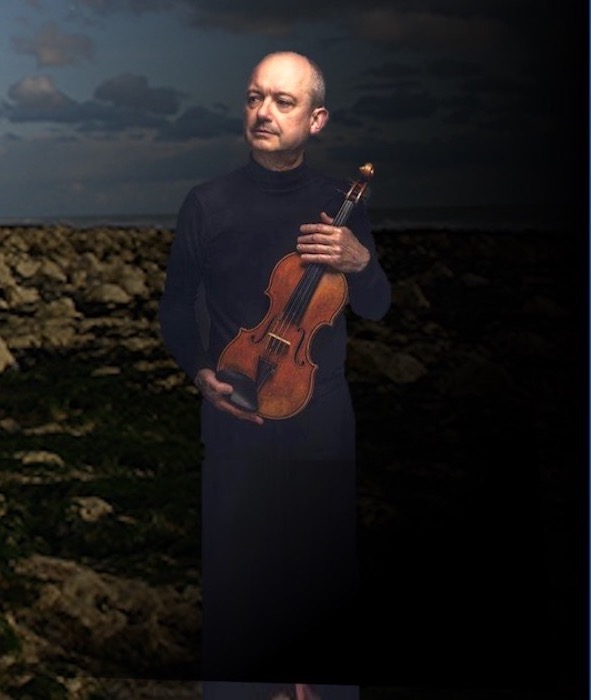 The concert will take  place in  St. Botolph’s Church in Trunch.
With a licensed bar.
It’s good practice to wear face masks all the time, except when you are eating or drinking.
The number of places is limited. Pre-booking only. Tickets: £15 – adult, £7 – children.

Concert dedicated to Roy Abrams, who started Trunch Concerts in 1997

Piotr Tchaikovsky (1840 – 1893) and Johannes Brahms (1833 -1897) were born on the same day, May 7th, both became world famous. That coincidence didn’t help endear Brahms or his music to Tchaikovsky, who criticised Brahms a lot! In the 1870s, Tchaikovsky, in his mid-30s, was still a relatively little-known composer. Brahms at the time already received international recognition as a major figure in the world of music. In 1874 Ludwig II of Bavaria awarded Brahms the Maximilian Order for Science and Art in, and the music loving Duke George of Meiningen awarded him in 1881 the Commander’s Cross of the Order of the House of Meiningen.

Tchaikovsky wrote in his diary: “It angers me that this conceited mediocrity is regarded as a genius”.  The quotes could fill a book. Some of his dislike seems to be envy of Brahms’ success. “Brahms is a celebrity; I’m a nobody. And yet, without false modesty, I tell you that I consider myself superior to Brahms. So what would I say to him: If I’m an honest and truthful person, then I would have to tell him this: ‘Herr Brahms! I consider you to be a very untalented person, full of pretensions but utterly devoid of creative inspiration. I rate you very poorly and indeed I simply look down upon you.’ 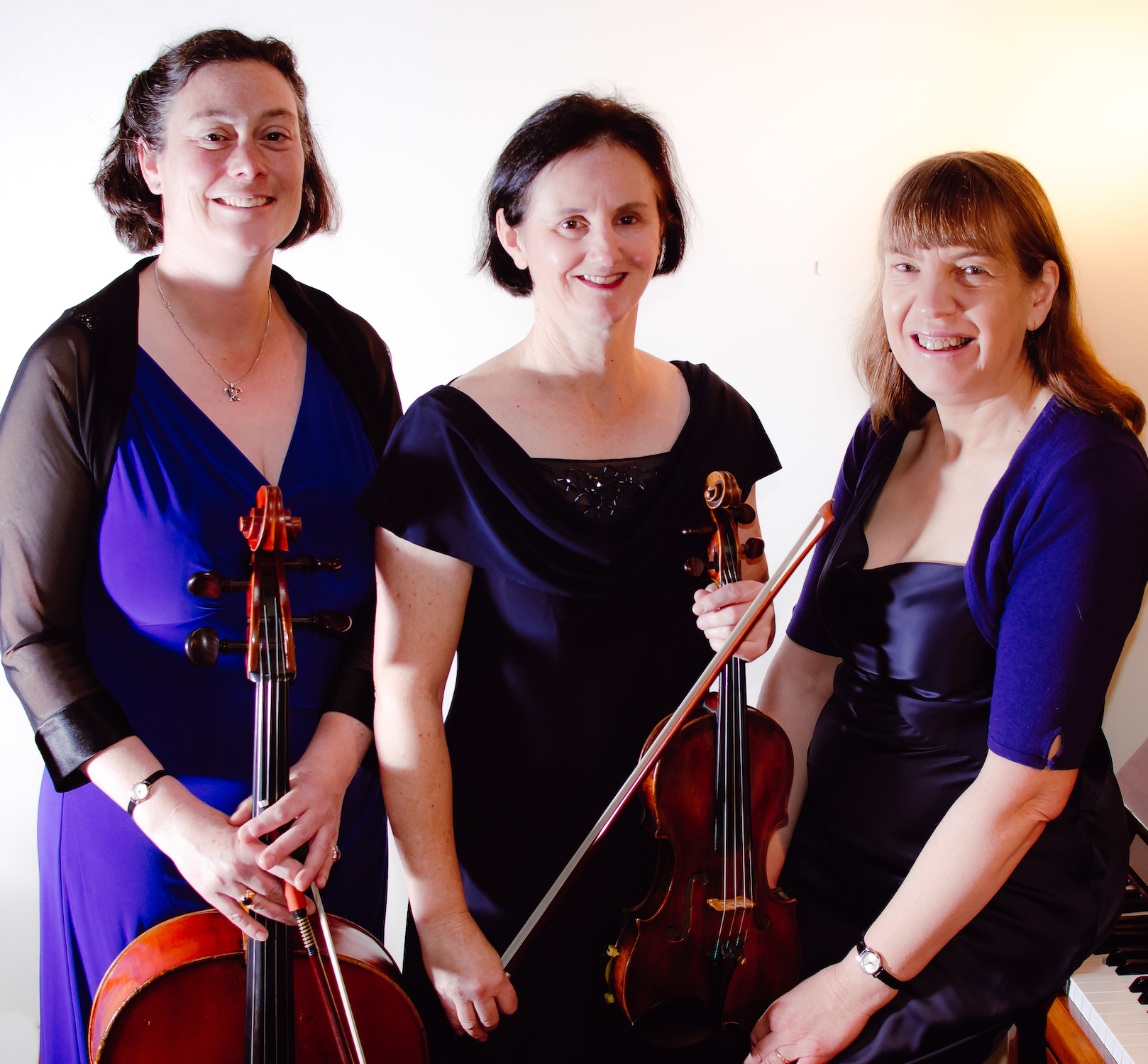 ishe Icknield Trio with its leader pianist Anna Le Hair is delighted to be returning to Trunch with two fabulous nineteenth century works by Brahms and Tchaikovsky. They seem so different from each other, but they are actually pretty close in so many ways. And their music is great. It will be a kind of musical competition between two great composers, with two wonderful (and difficult to perform) trios: Piano Trio in A Minor, Op. 50 (Tchaikovsky) and Piano Trio No.2 in C Major Op.87 (Brahms).

The Icknield Trio was formed in 2015 by Anna Le Hair, Arwen Newband and Sarah Boxall. They have played for the Piano Trio Society in various venues in London on several occasions and in the City of London St Lawrence Jewry Summer Festival and are regular performers at the concert series in St Peters Church St Albans and St Mary’s, Aylesbury.

Cellist and Conductor Roy Abrams started TRUNCH CONCERTS in 1997. He retired to Trunch having been a professional musician and teacher.  Seldom will a retired musician give up playing for good and he therefore sought the opportunity to work with the local community to promote concerts in an historic Norfolk Church. To enable this to happen, he even put his own grand piano in St Botolph’s.

From small beginnings with musical friends and playing three concerts a year, TRUNCH CONCERTS became an important part of cultural life in North Norfolk.  Thanks to Roy, since 1998 the concerts have raised about £40,000 towards restoration of the church. Roy Abrams continued to be involved in TRUNCH CONCERTS for 22 years until his death in December 2020. He contributed his ideas, knowledge, humour and his encouraging support. Roy did his famous conclusions for almost all the TRUNCH CONCERTS, the last time being in August 2019. He was a lovely, genuine, talented person and knew how to make the most of life. 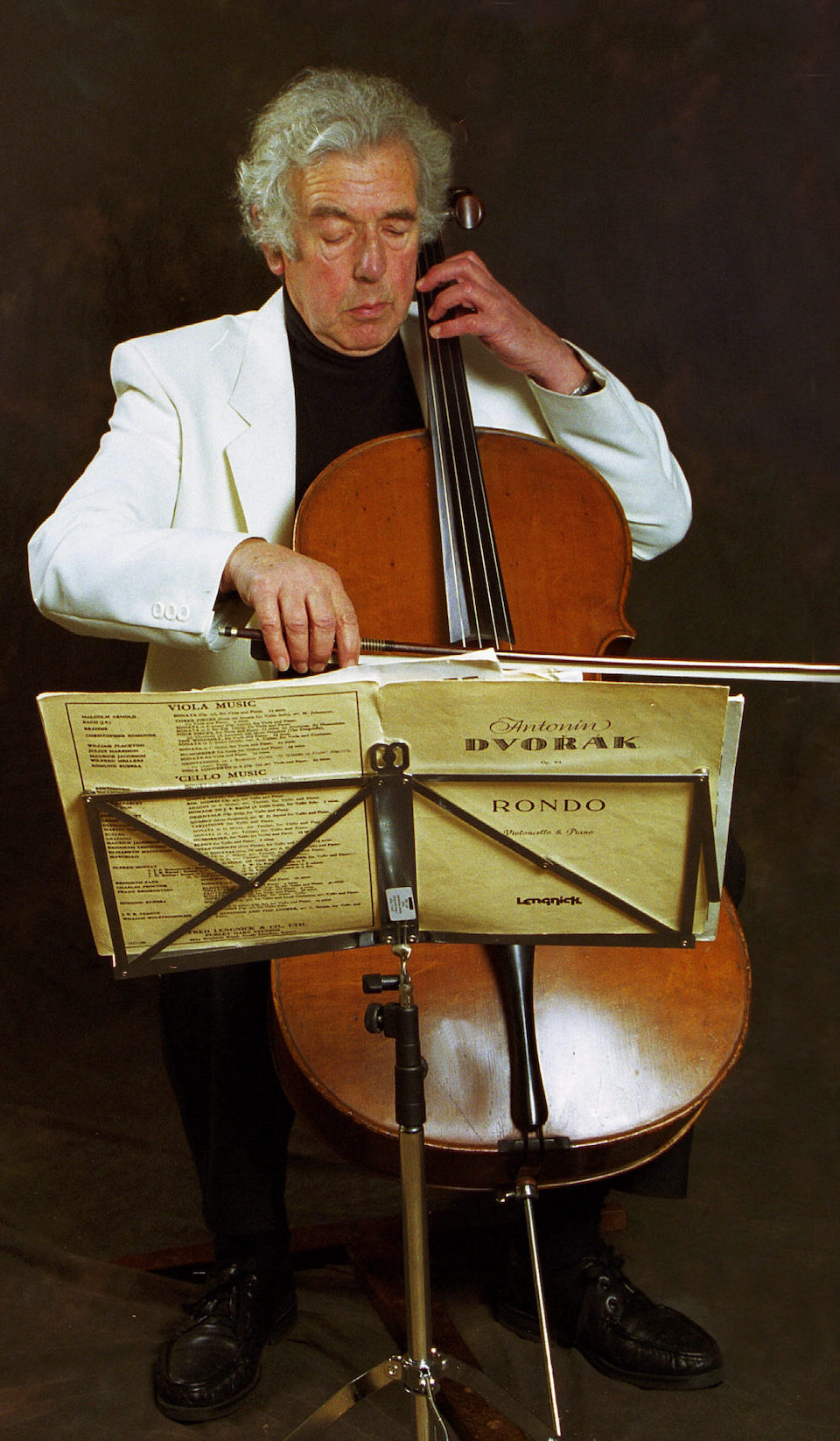 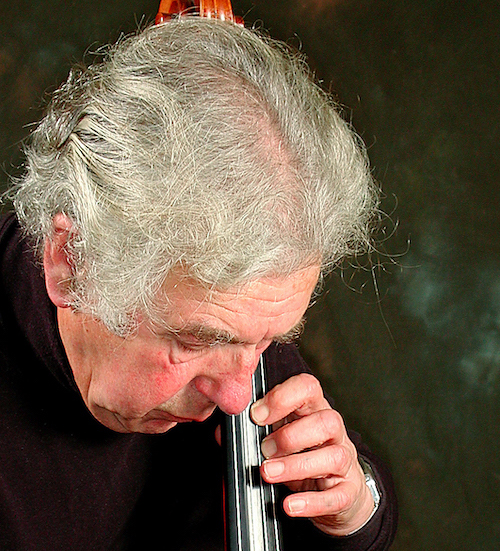 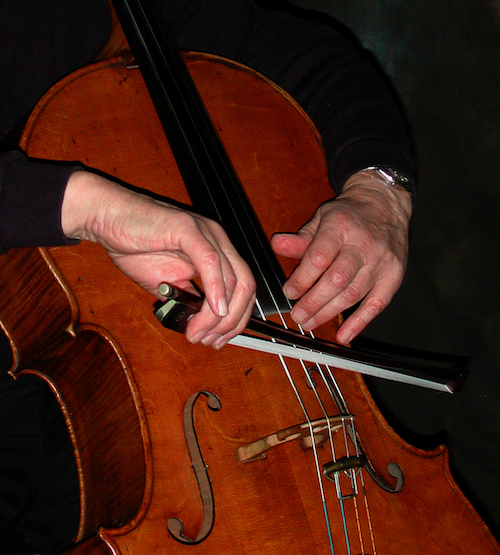 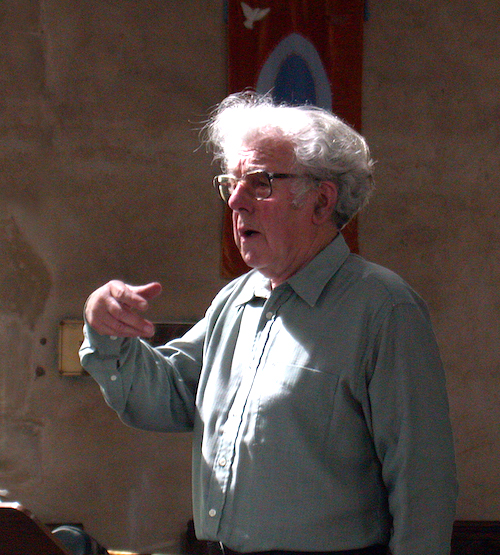 The concert will take  place in  St. Botolph’s Church in Trunch.
With a licensed bar.
It’s good practice to wear face masks all the time, except when you are eating or drinking.
The number of places is limited. Pre-booking only. Tickets: £15 – adult, £7 – children.