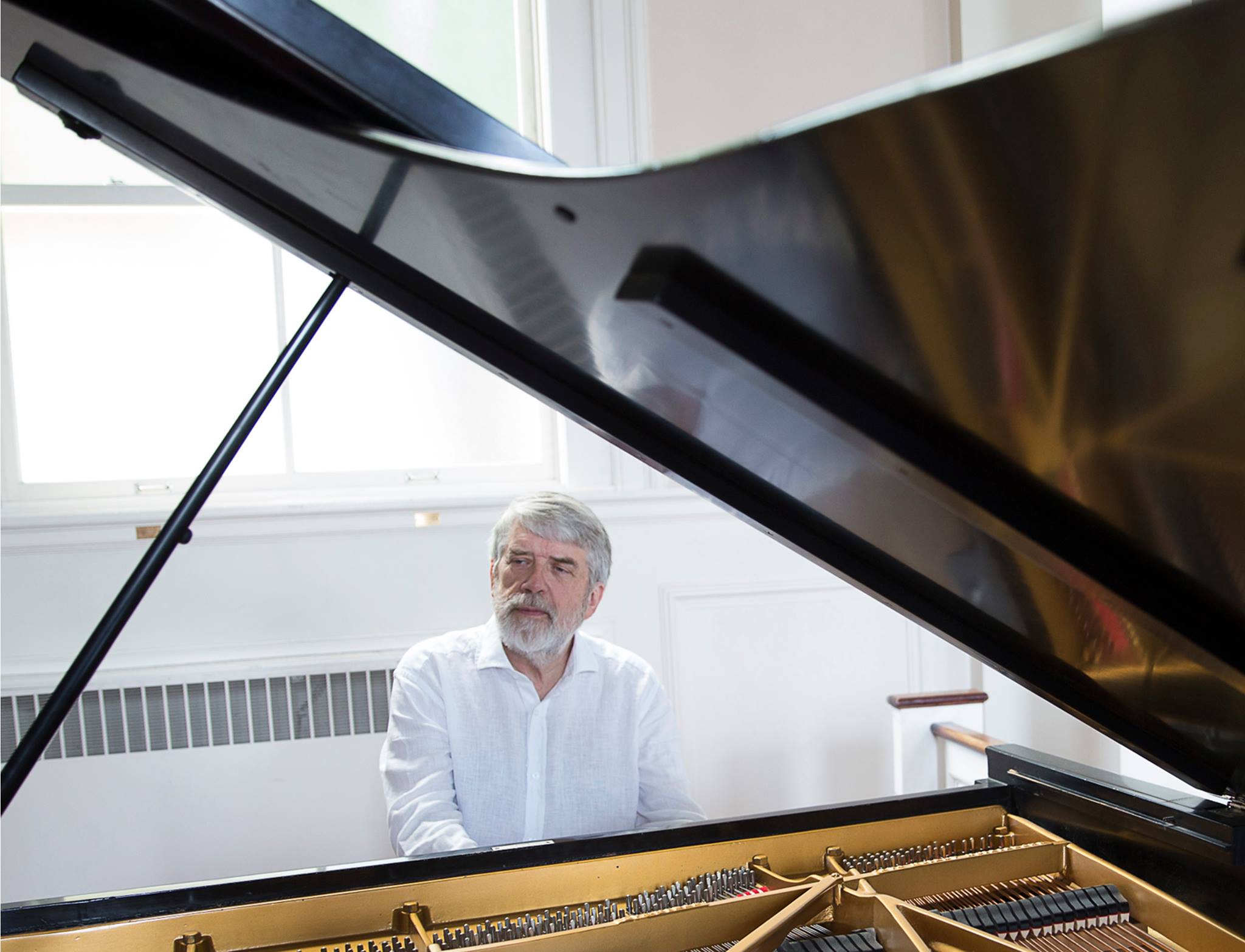 Bruce Vogt, one of Canada’s finest pianists, performs across the world and has made numerous acclaimed recordings. His compelling and communicative playing captivates audiences. The Times writes: ‘Rare grandeur…I was mesmerized by Vogt’s sheer control’. Le Républicain writes: ‘the audience was literally enraptured’. As Head of the Faculty of Piano at the University of Victoria, Vancouver, he is an admired and original teacher, as evidenced this evening in his short, original melodrama in which Beethoven and Debussy explain to each other their rationale for writing for the piano.

ii. Et la lune descend sur le temple qui fût (And the Moon shines down on the Temple that was)

Several pianists who have performed at Trunch have been students of Bruce or attended his masterclasses. They all attest to his brilliance as a teacher. Recently, in his teaching in Vancouver he has focused on the fundamental differences between the Austro-Germanic and the French approaches to writing music for the piano and has achieved considerable acclaim with his short melodrama “Debussy and Beethoven: Purgatory Mates” in which each of the two great masters argues their case to be spared hell’s fire in a highly entertaining and edifying manner. Bruce prefaces performances of some of the greatest music written for the piano with his dramatic ‘vision’ of this meeting.

Debussy’s Images Book II is one of the most mature of Debussy’s collections of pieces which depict through music late Romantic imagery. They are almost the realisation in sound of impressionist paintings.

Beethoven’s final piano sonata, Opus 111, is a transcendental masterpiece. In the key he reserved for his most dramatic music, such as the 5th Symphony, the music moves from the ‘struggle with fate’, common to his C minor works, to a World of major keys full of sustained trills which suggests an aspiration towards the infinite.

Canadian pianist, Bruce Vogt, was born in Southern Ontario but for the past 36 years has lived and worked in Victoria, BC and taught at the University of Victoria as Professor of Piano. As a soloist he has appeared regularly in concerts within Canada and he tours yearly in many countries throughout Europe and Asia. His repertoire encompasses music from the sixteenth century to the present. In addition to having a special affinity for the music of Franz Liszt, he has both performed on period instruments and commissioned and premiered a number of new works.
Bruce has also been an actor, writer and director, (all with varying degrees of success) for over thirty years. Interwoven into those professional years are stints of farming, carpentering, managing construction, racing motorcycles, shipping violins, sweeping parking lots and missing his parents and every pet he ever had that preceded him on the trail to the unknown. He has appeared on Broadway, been in a movie or two and written some plays that people like.