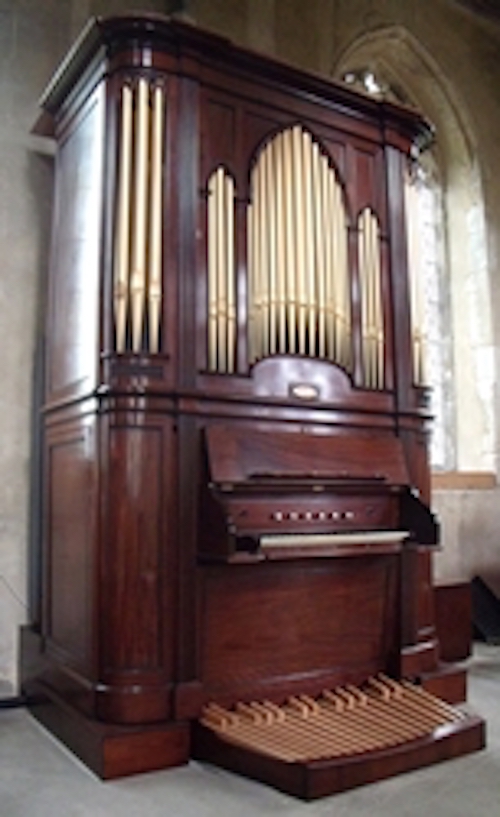 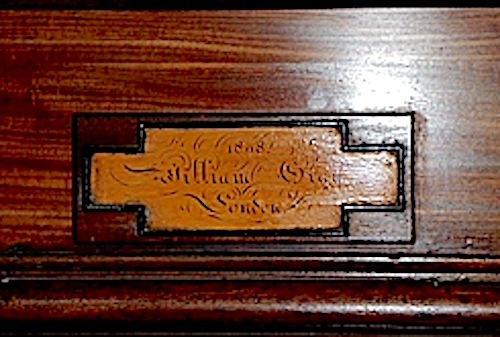 Richard Bower, internationally-renowned Norfolk-based organ builder, performs on the 1808 William Gray organ at St Botolph’s, which he has recently restored.

Richard musically illustrates the heritage and build of this historic instrument.

Since graduating from the Royal College of Music in 1969, Richard Bower has been building organs, establishing the Norfolk-based business Bower and Company in the mid-1970s. As the business has expanded, Richard has not only become an expert in the renovation Norfolk-built instruments, such as those of Williamson and Hyatt (formerly of Front Street, Trunch), but has also achieved national and international acclaim for his work on very substantial organs, such as Brasenose College, Oxford, and Gibralta Cathedral, or sizeable parish church organs, most recent of which is his magnificent organ re-build at St Nicholas’, North Walsham.

The Restoration of the Organ of St Botolph’s Church, Trunch

The organ has two plaques: 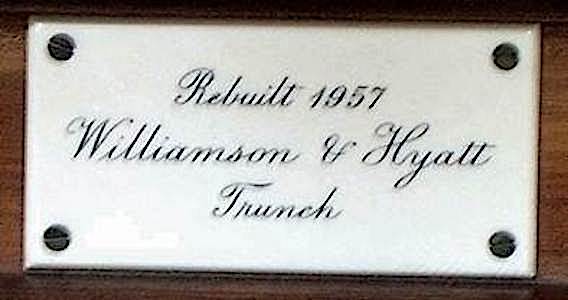 The first plaque testifies to the organ’s national importance as one of very few extant, fully working chamber organs from a dynasty of Georgian organ builders who might be described as the fathers of the Victorian organ. The appeal to restore the St Botolph’s organ was kicked off in the bicentennial year 2008, with an excellent recital by Dr David Dunnett, organist of Norwich Cathedral, who describes the instrument as “a beautiful instrument,…a very versatile organ and its small specification lends itself to music of all eras. The tone quality is good throughout and the casework is exquisite although in need of attention.”

The Gray dynasty began when Robert Gray (d.1796) set up his organ building business in London in the 1770s. He soon engaged his son, William Gray (d.1821), in the business. Organs built by father and son Gray are still in use at the Freemason’s Hall in Covent Garden and at Burleigh House, near Stamford. The only other chamber organs traceable by William alone are at the Queen’s Hall in Edinburgh and  South Kilworth Church in Leicestershire. Gray’s organ builders had premises in Pratt Street, Camden, close to the Regent Canal, enabling them to fully exploit the canal system to transport across the country. Accounts indicate that they were a highly successful firm.

When William’s son, John (d.1849), took the family business into partnership with another London company established by Frederick Davidson, manufacture moved its focus from chamber organs for largely aristocratic domestic use to the grander design of church and cathedral organs, a market which benefited from the zeal to revitalise churches in Victoria’s England. Gray & Davidson organs were the first great organ of the Victorian era (Buckingham Palace Ballroom has, for example, one of their instruments), only to be supplanted by Henry Willis organs (e.g  Ely Cathedral).This not withstanding, Willis had learned his trade as an apprentice with Gray & Davidson.

In recognition of the national importance of St Botolph’s William Gray organ, the Leche Trust (formerly The Georgian Society) have made a generous time-limited donation of £1000 to the restoration of the casework of the organ.

One of the most significant post-war organ builders in East Anglia was the company of Williamson & Hyatt of Trunch, who had their workshop in the building directly opposite the south porch of St Botolph’s which until this year had been the store and offices of Trunch Builders.  A recent (2009) ‘past times’ picture investigation by the Eastern Daily Press gives us an idea of the work they undertook in Trunch. 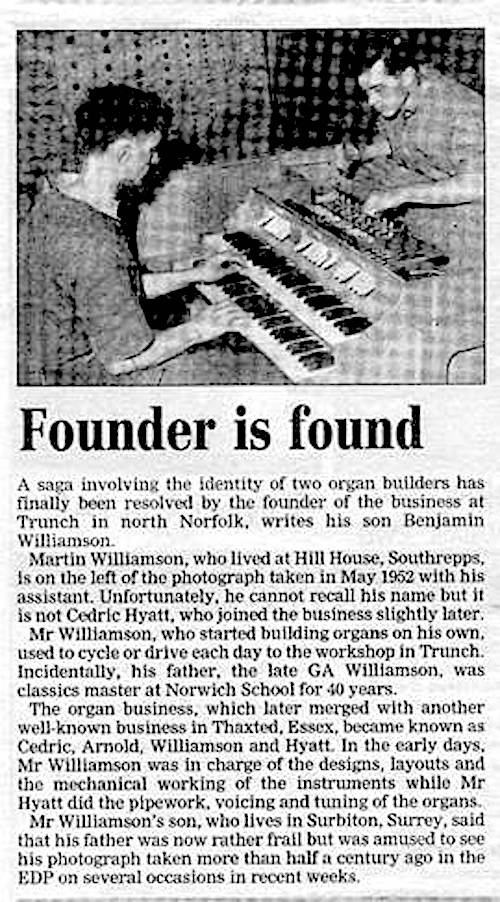 It is understood that the original Gray organ had been in Birmingham until it was brought to Trunch Church between the wars. A letter from Martin Williamson to the then vicar of Trunch the Reverend Norman Braham, explains in detail the works on the organ which they undertook in 1957. Williamson & Hyatt’s concern was to provide the best instrument possible for the finite resources of the Church in times of austerity. “It would hardly be good for our reputation otherwise”, they say (especially when their workshop was so close, we might add).

“Williamson & Hyatt provided Trunch with the most superb little organ which is a real delight to play and listen to….They put a lot of work into this organ and the result is quite exceptional.”
However, even then, after forty years, Bower & Co were quoting £5000 to effect necessary improvement and to address some of the compromises Williamson & Hyatt had had to make to  meet  financial constraints in 1957.

Sadly, Martin Williamson, passed from us in August 2010. Richard Bower played to the joy of the family on the organ Martin had restored in the neighbouring village of Southrepps.

This is the specification of Bower and Co’s recent restoration work.

And what of Williamson & Hyatt, Trunch Organ Builders?
The plaque of Williamson & Hyatt can be seen on many organs in churches around Norfolk, most particularly for their restoration work (e.g. All Saints’, North Elmham; St Edmund’s, Southwold). Many consider their finest complete-build instrument to be the organ at St Mary’s Anglican Church, Little Walsingham, built in 1964, which is a favourite amongst recitalists and a much recorded instrument.
In the late 1960s they joined forces with the Thaxted-based maker, Cedric Arnold, and moved to Essex. Arnold, Williamson & Hyatt was for many years one of the most sought after organ builders in the country.