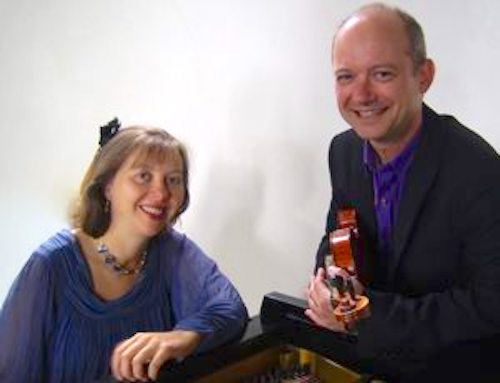 ANDREW ROBERTS studied in London and New York and in 1981 was a founder member of the Chamber Orchestra of Europe. He played with his father and brother in the Bernard Roberts Piano Trio for fifteen years and the Trio recorded CDs of music by Frank Bridge and Stephen Dodgson to critical acclaim.

Andrew has been a member of the Orchestra of the Age Enlightenment for nearly 20 years.
Recent work includes live BBC radio 3 broadcasts of chamber music from St Georges, Bristol and Kings Place, London; concerts at the Finchcocks Keyboard Collection, Kent and the inaugural concert of the Elgar Concert Hall
in the University of Birmingham. 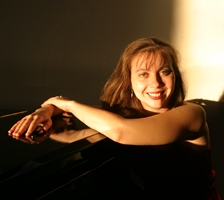 RACHEL FRYER studied in Kharkov , Ukraine , The Royal Scottish Academy of Music and Drama and The Royal College of Music, where she was awarded a Masters Degree in Advanced Performance and many prizes. Rachel is Visiting Lecturer in Piano Studies and Accompanist at the East Sussex Academy of Music in Lewes.

Rachel Fryer is active both as soloist and accompanist. She has performed throughout Britain at venues including Croydon’s Fairfield Hall and St. John Smith’s Square and for music societies including the Beethoven Piano Society. Recent performances include the Grieg piano concerto and Bach’s Goldberg Variations which she has performed in Trunch and which she recorded in 2013.

Andrew and Rachel recently formed a duo partnership last year to explore the rich repertoire for violin and piano.