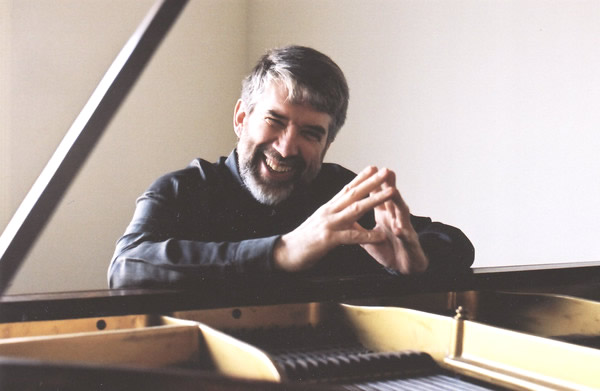 Two of Canada’s most inspiring instrumentalists

Mayda Narvey and Bruce Vogt (29th August) need little introduction to Trunch audiences, always drawing big audiences by dint not only of their superb musicianship, but also of their engaging communication with the audience.

They are two of the finest Canadian musicians of their generation.

Mayda has studied with some of the greatest international names associated with ‘cello (Janos starker, Bernard Greenhouse, amongst others) and, as well as being a regular recitalist, she has performed as a concerto soloist with principal Canadian orchestras, such as the CBC (Canadian Broadcasting) Orchestra.

Bruce is Professor of Piano and Head of Keyboard Studies at the University of Victoria, Vancouver. He is in demand as an inspirational soloist and teacher across the world. We are very grateful that he loves playing in Trunch and is fitting in a visit en route to giving masterclasses in the Far East and Germany.

Mayda Narvey is a cellist, pianist, teacher and composer. Born in Canada, she was fortunate to have as her first teacher, Dr. Peggy Sampson, a student of both Pablo Casals and Nadia Boulanger. She went on to study with such notables as Tsuyoshi Tsutsumi and Janos Starker and gained her Masters degree at the University of New York under the legendary Bernard Greenhouse for whom she was a teaching assistant. Her piano teachers have included Wanda Jeziorska, Michael Young and Neil Immelman. Having played for some years with the National Arts Centre Orchestra of Canada where she was a frequent performer on the CBC (national radio) both in a solo and chamber capacity, she now makes her home in London.

Mayda performs with and writes for Ismena (www.ismenacollective.moonfruit.com) which plays regularly in the West End and at venues across London. She is the cellist on Coloured Clutter by the young British band, the Savage Nomads, who have been called the “saviours of contemporary music”.  Working with actress Sally Mortemore (http://www.imdb.com/name/nm1090693/) and poet Darris Golinski (The Golinski Brothers) she creates music for spoken word performances. Her ‘Music for the Seasons’ is a quarterly series of themed concerts with readings, performed at St Cuthbert’s Church in Earl’s Court.

Teacher of both string quartets and cello at the City Lit and of cello and piano in the City and privately, she has also lectured in music both at the City Lit and Kings Place.  Recent compositions include her ‘Cantata’ for cello and piano performed at the City of London Bach Festival, two pieces for the Sweelinck Ensemble performed in the City of London, Antigone, a chamber opera and a song cycle of Rilke’s Sonnets to Orpheus performed at Holy Trinity Church, Sloane Square in a concert organised by the Rimbaud and Verlaine Foundation.

Among the elite of Canadian pianists, Bruce Vogt is a unique and dynamic performer. He appears regularly in concert within Canada, but has also inspired audiences in England, the USA, Germany, France, Italy, Norway, Czechoslovakia, Bulgaria, China, and Japan.

In 1999, Bruce Vogt and the celebrated Japanese violist, Yumiko Yamamoto, were awarded the Kyoto Baroque Hall Award of Excellence and a substantial cash prize for the Best Concert of 1998. The Kyoto Daily spoke of their “wonderful sympathetic music making, exquisite technical polish.” Bruce and Yumiko later released a collaborative CD entitled Centre of Harmony: Music for Viola and Piano.

During a tour of Germany, Bruce’s performance was reviewed as “technical perfection paired with emotional expressiveness … compositions from Mozart, Chopin, Liszt resounded with seldom-heard perfection … What is apparent in his playing is the joy he takes in giving to others what he has so dazzlingly mastered” (Usinger Anzeiger, Altweilnau, Germany). Bruce has continued to perform throughout Canada, China, Japan, and Europe.

Bruce Vogt’s repertoire is extremely diverse, encompassing music from the sixteenth century to the present. He has consistently championed the music of contemporary composers, and has commissioned and premiered a number of new works by such Canadian luminaries as Murray Adaskin and Alfred Fisher. He is also an enthusiastic and dedicated performer on period instruments; one of his recordings, released in the fall of 2003, features music of Robert Schumann performed on a restored 1864 Erard. His other recordings include two volumes of the music of Franz Liszt, which have established for him an enviable reputation as a Liszt interpreter. Two new recordings of the music of Liszt were released in 2011 in honour of the bicentenary of this great composer.