The Norwich Baroque Quartet comprises the four principal players of the much-loved Norwich Baroque orchestra. This concert follows on beautifully from our Corelli tercentenary celebration last year by The Orchestra of the Age of Enlightenment, with the NBQ performing Falconeri and Vivaldi’s interpretations of the Folia theme which Corelli was the first to make so universally appealing.

Jim O’Toole regularly directs Norwich Baroque. He toured extensively with the European Union Baroque Orchestra while completing his post-graduate studies at the Royal Academy of Music. He also plays in an is orchestral manager for The Old Street Band, the period instrument arm of English Touring Opera.

Liz Skinner completed her masters degree at the Royal College of music with Andrew Manze, one of the most celebrated baroque violinists of our time. She has extensively researched the life and music of Joseph Gibbs, the early C18th East Anglian composer.

Phipil Trzebiatowski trained at the royal Academy of Music and in the netherlands, where he played with the Netherlands Ballet Orchestra and studied under the celebrated Dutch ‘cellist Anner Bylsma. He has played with many distinguished London orchestras, the Loveday Trio and fro many years with the Esterhazy Quartet.

David Morgan studied composition with Reginald Smith-Brindle and William Mathias and organ with Brian Runnet and Noel Rawsthorne. Since retiring as Programme Manager for Performing Arts at City College Norwich in 2006 he has been the regular harpsichord continuo player for Norwich Baroque.

“Norwich Baroque was formed in 2006 to specialize in original and lively interpretations of music by popular and less well known Baroque composers; from Handel and Vivaldi to Capel Bond and Mudge.

Working with eminent soloists from the Baroque world Norwich Baroque aims to bring audiences fresh and vibrant performances in some of our region`s most beautiful buildings. More detail on: www.norwichbaroque.co.uk. 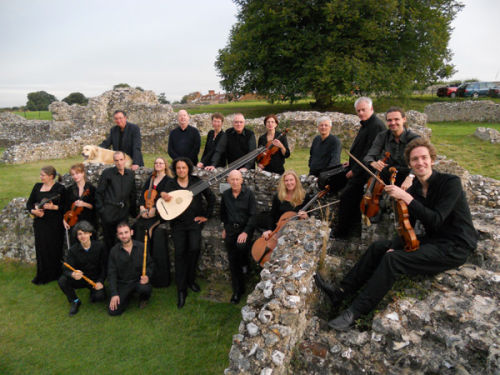