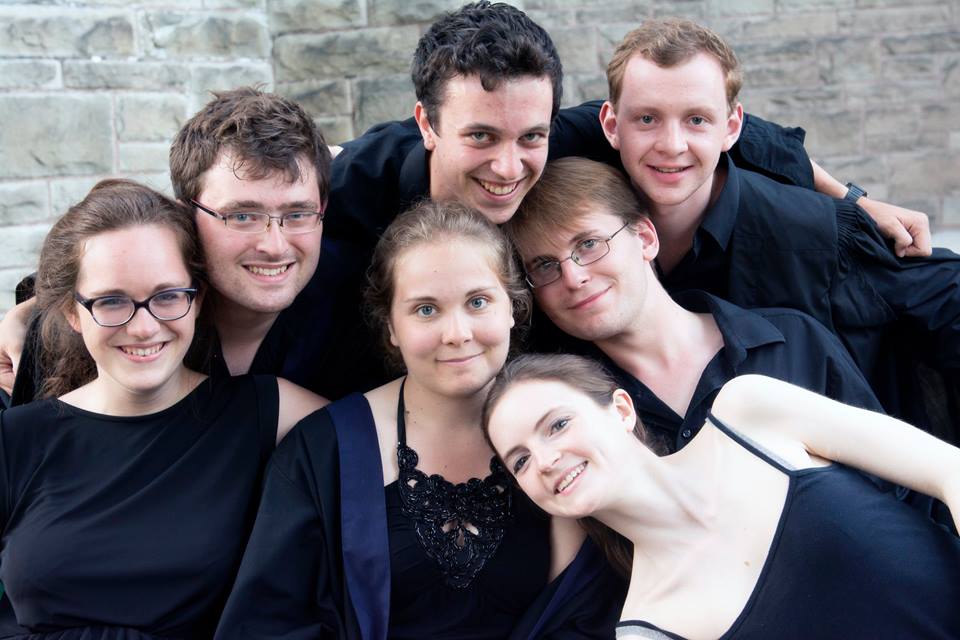 ‘It came upon the Midnight clear’

A selection of festive favourites from this critically-acclaimed university choir. Programme to include a variety of much-loved and familiar carols, newer works for Advent and Christmas, as well as popular Christmas songs in close-harmony arrangements by the choir’s director.

“…a sound of unostentatious magnificence” – The Scotsman

“Splendid singing from the Selwyn students” – The Times

The programme explores the many musical depictions of the various characters involved in the Christmas story, with repertoire from four centuries, and several countries.

It came upon the midnight clear – arr. SEAM

Sarah Macdonald writes:  “ I am confident that Classic FM would be impressed with the programme. It will be very ‘user friendly’ on the listener. It’s got musical integrity as well, in that 70% of the composers are still alive.”

Selwyn College Chapel Choir has led worship in the College Chapel since its foundation in the last decade of the nineteenth century. For the first two-thirds of the twentieth century, the all-male choir of undergraduates was directed by the Organ Scholars, and sang daily Choral Evensong. For occasional larger works, the men borrowed sopranos and altos from Newnham College, the women’s College across the road from Selwyn. The mixed choir, formed in 1976 with the admission of women to Selwyn, now consists of up to twenty-eight singers, Choral Scholars (called Choral Exhibitioners) and volunteers, and the choir’s link with Newnham continues to the present day. Most of the choir members are undergraduates or graduates at Selwyn or Newnham, with a few volunteers from other colleges, and they read a variety of subjects including Music, English, Natural Sciences, and Engineering.The choir is conducted by the Director of Music, who is assisted by two Organ Scholars, who are normally undergraduates at Selwyn.

During term, the choir sings three services per week in the College Chapel, as well as concerts and services throughout the UK, recently in venues including Westminster Abbey, St Paul’s Cathedral, and St Mary’s Cathedral, Edinburgh. Its repertoire ranges from the 10th to the 21st century. They have broadcast services for BBC Radio, have sung live on television, and every year undertake an international tour (in the recent past destinations have included Israel and Palestine, Canada, New Zealand, the United States, and much of mainland Europe).

In an on-going collaboration with London’s John Armitage Memorial Trust, Selwyn Choir has premiered major new works by some of the UK’s foremost composers, including Jonathan Dove, John McCabe, Gabriel Jackson, Paul Patterson, Judith Bingham, Steve Martland, and Adam Gorb. The choir regularly works with international guest conductors, recently including Sir Roger Norrington, Sir Mark Elder, David Hill, Sir David Lumsden, Judith Clurman (Juilliard School, New York), Grayston Ives, Andrew Carwood, Christopher Robinson, Nicholas Cleobury, and Peter Godfrey (New Zealand National Youth Choir).
The choir has made a number of recordings, for labels including Priory, Herald, URM, Kevin Mayhew, and Regent Records, with whom they work most frequently. They have made something of a niche for themselves recording single-living-composer discs, and have released several, including discs of works by Colin Mawby, Paul Spicer, Paul Edwards, Gary Higginson, Alan Bullard, and Phillip Cooke. Currently in production are recordings of works by John Hosking, and another Alan Bullard disc, as well as a popular Christmas disc. The choir’s most recent release is “The Eternal Ecstasy” featuring music by Paul Mealor, Eric Whitacre, Morten Lauridsen, John Tavener, and James MacMillan, and other proponents of the so-called Choral Ecstatic Style, which was featured on Classic FM, and spent three weeks in the specialist charts. The title track, a setting of words from the Ecstasy of St Theresa, was commissioned specially for the disc from Phillip Cooke. Planned for the future are first recordings of choral music by the composers Mark Gotham, Benjamin Ponniah, and Iain Quinn.

Sarah MacDonald is Fellow and Director of Music at Selwyn College, Cambridge, and Director of Ely Cathedral Girls’ Choir. The Canadian-born organist and conductor has been at Selwyn since 1999, and is the first woman to hold such a post in an Oxbridge Chapel.

Sarah has played numerous recitals and conducted choirs throughout the UK, North America, the Middle East, New Zealand, and much of mainland Europe. She has made over 30 recordings, variously in the guises of pianist, organist, conductor, and producer, and currently works most frequently with Regent Records. Sarah is a winner of the Royal College of Organists’ (RCO) coveted Limpus Prize, and has taught organ and conducting for Eton Choral Courses, Oundle for Organists, the Jennifer Bate Organ Academy, and courses run by the RCO. She is a Director of the annual Girls’ Chorister Course at St Thomas’ Church Fifth Avenue, in New York City. Sarah is a Fellow, Examiner, and member of the Academic Board of the RCO, and also spent nine years as a Trustee. She has had a number of choral compositions published by Encore Publications, the Royal School of Church Music, and St James Music Press. Sarah also writes a popular monthly column for the American Guild of Organists’ magazine ‘The American Organist’, called “UK Report”.